Beer - The Estrogen you weren’t expecting. 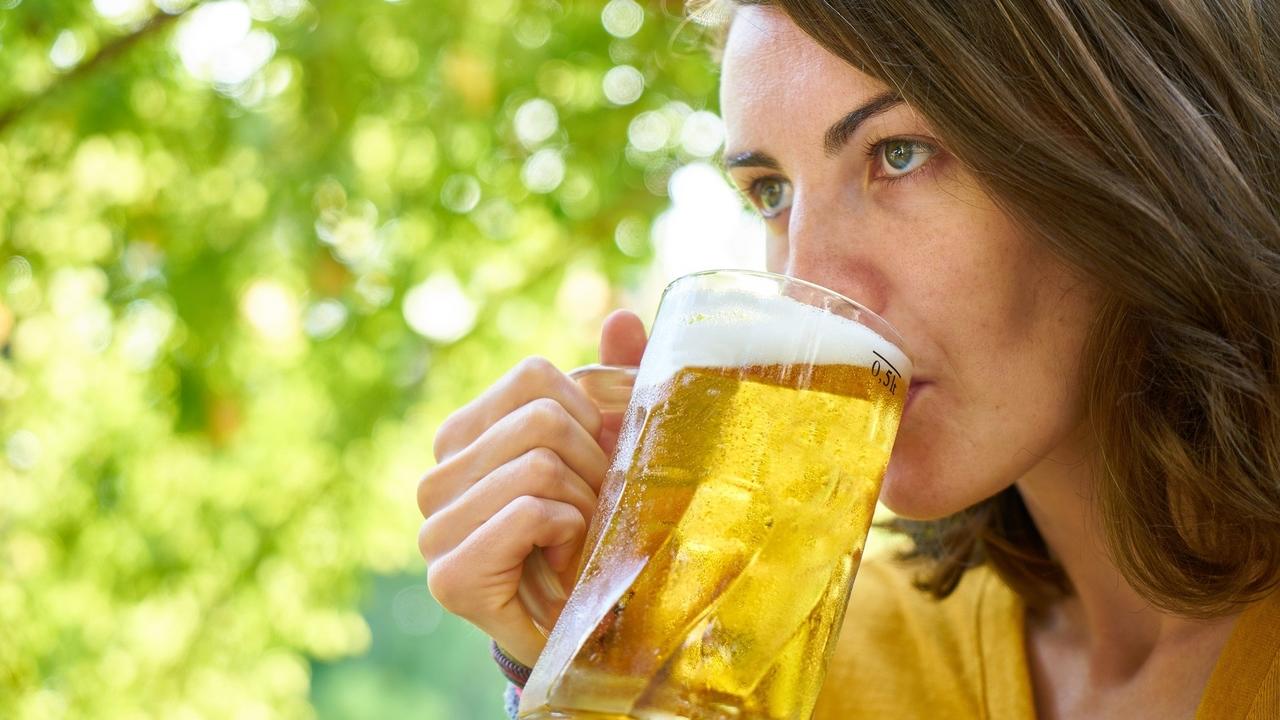 Hop Flowers are not only beer-making blossoms, but are also naturally calmative and sedative which contributes to the relaxing effects of beer. Like most herbs, Hops contains a range of phytochemical actions, one being a strong estrogenic action. So here’s the first factoid I want to hit you with. The phytoestrogens in beer are the most potent botanical estrogens found to date. 50 times more potent than soy.

The studies on this are too vast to mention, and the opinions have bounced around more than beer pong, so i’m sure if you google this, you’ll find a library of info. If you’re a man, you might be wondering about the rumored man boobs referred to as ‘moobs’ being caused by the estrogen in beer. If you choose to study this on your own, I urge you to check the dates on the studies you find, as anything before 2019 is seriously outdated news. Spoiler alert - the most recent studies on the topic may give heavy beer drinkers cause to reconsider their 12-pack.

Here’s a bright spot.  One study identified that women beer drinkers have stronger bones. (maybe not a reason to take up beer drinking, but - a handy excuse if you do).

This is a great example of something known as bio-identical phytochemistry. Compounds in the Hops plant are so similar to one of our human hormones, that our body responds to the plant as if it was an actual human hormone. In this case, estrogen.

Lots of plants are ‘estrogenic’ and many have gotten a bad name. But are they all bad?

Nope. Once you understand which types of estrogens a plant contains, they can be used for serious healing.

Let’s talk for a minute about a segment of our population that can experience some intense changes when their bodies naturally stop producing estrogen. About 57% of US post-menopausal women currently suffer from hot flashes, but in Japan, the number is 10 times lower. (So. not. fair.) Scientists correlate the high level of Soy in their diets with the vast difference in the Menopausal symptoms they experience in comparison with US women.

Beginning in the 1960’s up through the early 2000’s women in the US were given prescription hormone replacement to offset the uncomfortable symptoms of menopause. The popular ‘Premarin’  and ‘PremPro’ were western medicine’s shoddy answer to estrogen deficiency, made from horse urine. (Ewwwe. Say it with me.)  And during that same timeframe, the explosion of breast cancer was epic. Doctors finally woke up to the correlation and stopped giving women this form of estrogen.

Hold on. Women in Japan had high levels of breast cancer during that time too - right? Wrong. But they ate all the soy-based estrogen that kept them from having hot flashes. And they really didn’t have as much breast cancer?

Nope. Not even close.

Here’s why. This is a little sciency, but stay with me.

And Soy? It’s a Beta Estrogen. All of that soy consumed by Japanese women does not result in the high levels of breast cancer because all of that Beta Estrogen doesn’t match up with the Alpha Estrogen receptors in breast tissue.

Enough to worry about? Depends on how much beer you drink. If you have a family history of breast cancer, talk to your health care professional.

While many people still think of herbs as fluffy spices, they forget how strong herbal medicine can be. These herbs can be managed in artful and scientific ways to create profound changes in our bodies for healing, or used in adjunct ways (like making beer) that can inadvertently cause unwanted effects, We just can’t forget that - plants are medicine.